Could cloning dinosaurs be a reality in Jurassic World 3?

Although the Jurassic world series is a science fiction film, it expresses people’s yearning and longing for the future science and technology. Therefore, the series will continue to flourish. The box office of 354 million in three days brought a glimmer of vitality to the long bleak film market.

“Do you remember the first time you saw dinosaurs? It felt like you saw miracles. You saw them in the books in the library and in the specimens in the museum. But when you saw them alive, you would sigh that it was a miracle.” Although this is only a line in the Jurassic world series, it seems that people have never stopped dreaming about cloning dinosaurs.

As early as 1952, the first human cloning was realized. Robert Briggs and Thomas J. king had successfully cloned the northern leopard frog.

In 1963, Tong Dizhou, a famous biologist in China, cloned a carp, which was the first successful cloning case in China.

What we are most familiar with is dolly, the cloned sheep that we learned in our textbooks. Dolly’s birth laid the foundation for the further development of the biotechnology of “cloning”, which is well known throughout the world.

Now that we have relatively perfect cloning technology, why don’t scientists try to revive dinosaurs? 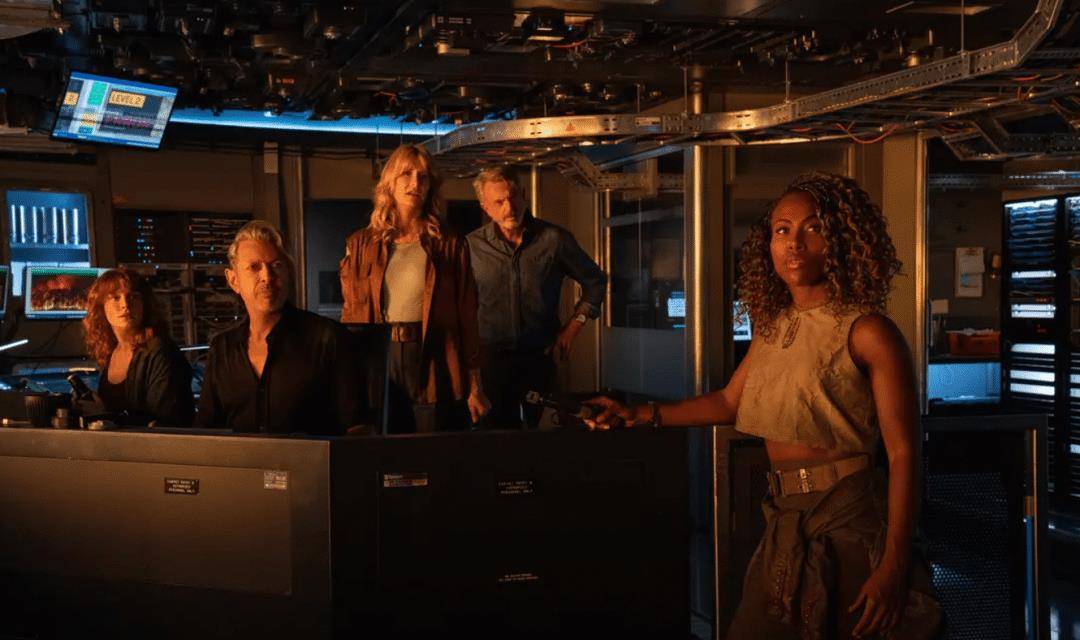 When it comes to resurrecting dinosaurs, we first need to understand that if we want to clone a certain organism, we need to extract the DNA of this organism. DNA is a large molecule in biological cells, and its structure is relatively fragile. At the moment of biological death, DNA begins to be contaminated and disintegrated, and then gradually disappears in time. “ Jurassic Park” once conveyed such a message: “amber can preserve soft tissue and even DNA molecules for millions of years”. But in fact, amber does not completely preserve complete DNA. Amber is a kind of transparent biological fossil. When the resin drops behind and small insects are wrapped in it, the DNA of small insects has begun to be lost. With the passage of tens of millions of years, the resin buried in the ground was petrified to form amber under the action of pressure and heat, which destroyed a large amount or even all of DNA.

People have been extracting DNA from amber. Although the progress is slow, scientists’ dedication to science has never faded.

In 1982, George Poinar of the California Research Group first recognized that there was DNA in Dominican Amber and the potential of extracting fossil DNA from it. In 1992, California scientist Rani Cano and his colleagues published the DNA found in amber for the first time, claiming that DNA fragments were extracted from the original stingless bee in Dominican amber.

In 1993, George Boehner and his son Hendrick published a research report in the journal Nature. They successfully obtained the DNA sequence of weevil from amber.

However, all the findings were just a small piece of DNA strand. Later, some scientists questioned whether the DNA obtained by the current method was contaminated, and because the contamination might have affected the experimental results.

Later, scientists from Britain began to use another new DNA sequencing technology. They thought that this method was rarely affected by pollutants and was very suitable for the detection of ancient biological DNA, and the experimental results were relatively more accurate. At the natural history museum in London, they tried to repeat the process of American scientists extracting DNA from the Dominican protoacanthus. British scientists selected several suitable specimens and repeated experiments, but no insect DNA was found.

Therefore, British scientists questioned the earlier reports, because the most basic requirement for a reliable scientific research result is that its experiment can be repeated and the same conclusion can be reached in the repeated process. Subsequently, American scientists also conducted experiments again, and failed to obtain DNA.

Finally, most scientists decided that amber could not preserve the DNA of ancient creatures, at least it was not complete, and the scenes of Jurassic Park could only stay in novels and movies.

Therefore, with the current science and technology of mankind, we can only detect the DNA fragments of ancient organisms of 1 million years ago. The dinosaurs were extinct as early as 66 million years ago, and the DNA traces left in the fossils have long disappeared. The dinosaur skeleton you see in the museum is not strictly a dinosaur bone head, but a stone. Scientists can only clone the animals that still exist, and no one can revive the extinct animals.

Even if our science and technology have advanced by leaps and bounds, we can revive a dinosaur with DNA, but the environment in which dinosaurs live has long disappeared, and it is still unknown whether they can live in the world today.

I read some materials and found that according to the current technology, there are still many problems in cloning technology, such as premature aging and health problems. So far, no scientific solution has been found. Under the condition that the current cloning technology is not perfect, we should find out the problem and properly solve it, so that it can be widely used in modern agriculture and medical field in the future.

Ren Tian Dolly, the cloned sheep, was born 20 years ago: the impact continues to this day, opening up unimaginable possibilities. Innovation era, 2017