From Jurassic Park, which was released in 1993, to Jurassic world 3, which was recently released, the “ dinosaur boom” has swept the world since the United States and has always been popular.

In fact, with the deepening of archaeological excavation, China’s dinosaur species have jumped to the first place in the world, and it is truly a “ dinosaur country”. So, how much do you know about dinosaurs in China? How was the first dinosaur found in China? How did China’s Dinosaur research “go” to the world from the countryside? 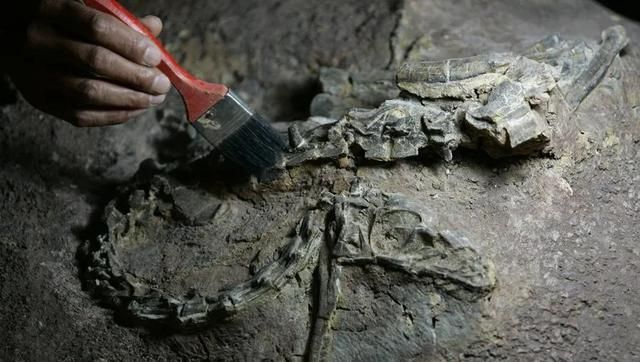 In 1938, China’s first complete dinosaur skeleton fossil was found in the flames of war.

During the Anti Japanese War, in order to break the blockade of the Japanese army, the construction of the Yunnan Myanmar highway began to be stepped up. This highway was to pass through the Lufeng basin, and the legend of “keel” has been circulating in this area. 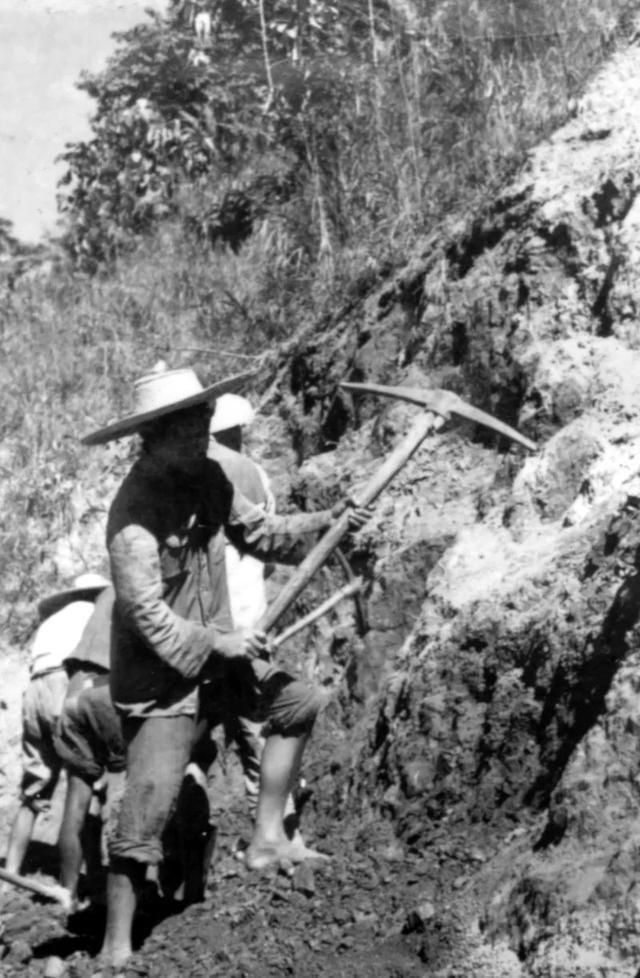 Lufeng basin is located about 94 kilometers northwest of Kunming, Yunnan Province. It is a small inland basin. When working by the valley stream, local people often find strange stones with strange shapes, so they regard them as the bones of the legendary “ dragon” and respect them. Later, someone picked up the “keel” stone and lit an oil lamp with the concave surface of the vertebrae.

After the Lugouqiao Incident, the Japanese army occupied Peiping, and Chinese geological and paleontological researchers were forced to move south to Chongqing and Kunming. In July, 1938, Yang Zhongjian, who was then the director of the Kunming Office of the central geological survey, organized the investigation and research of Yunnan Geology and paleontological fossils.

In the winter of this year, Bian meinian and Wang Cunyi, who were also with the Central Geological Institute, returned from the Majie (now Yuanmou) basin survey and stopped in Lufeng. Bian meinian found that the oil lamp in the local farmer’s house was very interesting, like the vertebrae fossils of paleontology, so he asked the local guide. Led by the guide, he came to the place where the local people found the “keel”, where he found a large number of vertebrate fossils, and then reported it to Yang Zhongjian.

During the war of resistance against Japan, the literature in Kunming Research Institute was very scarce. Fortunately, the fossil identification was strongly supported by German professor Xu Nai. Yang Zhongjian therefore named it Lu Fenglong of the Xu family. For this reason, he also wrote a poem: “ten million years ago, a Shixiong was given the name Lu Fenglong of the Xu family.” 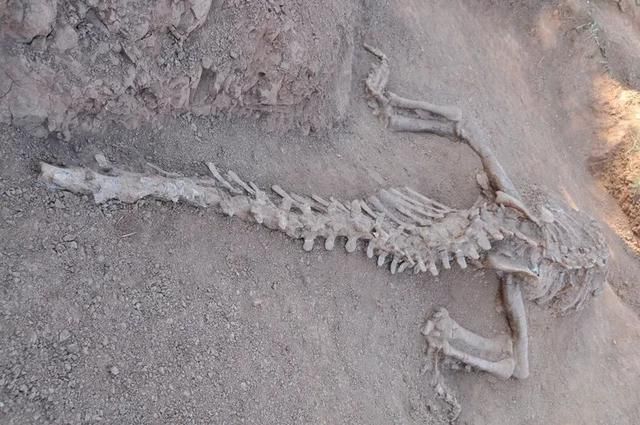 Later, Yang Zhongjian mentioned in his memoirs that at that time, in order to avoid the Japanese bombing, he moved the research room to the Guandi temple in Wayao Village. In a poem, he described the embarrassing research conditions at that time: “there are dragons hidden in three low houses, and they are bored to study the similarities and differences between withered bones.”

After systematic excavation, research and collation, in 1941, Yang Zhongjian and Bian meinian published the annals of paleontology of China: Lu Fenglong of Xu. The following year, Yang Zhongjian repaired and installed the skeleton of Lufeng dinosaur of Xu family in Chongqing central geological survey, which was the first complete dinosaur skeleton specimen in China and attracted the attention of paleontologists at home and abroad.

In more than 80 years since then, a large number of dinosaur fossil individuals have been unearthed in Lufeng, Yunnan, spanning the early, middle and late Jurassic periods. Therefore, Lufeng is known as the “hometown of dinosaurs in China”.

Blow up the mountain and open the way: discover the “ dinosaur ambassador”

In 1952, a construction team in Sichuan found a huge skeleton when blowing up mountains and opening roads at the construction site next to MaMingXi ferry in Yibin City.

At that time, the workers probably misread “maming River” as “Mamen River” because of the dialect, so they transported these fossils to the Institute of Vertebrate Paleontology and Paleoanthropology of the Chinese Academy of Sciences. After the research of the famous paleontologist Mr. Yang Zhongjian, they were named Jianshe Mamen River Dragon.

Mamen stream dragon is famous for its huge body shape and long neck. Its neck can reach 9 meters long. It was once the longest animal on the earth. Mamen Xilong has also served as a “ dinosaur ambassador” for many times, exhibited abroad, and is still the most famous Chinese Dinosaur in the world. 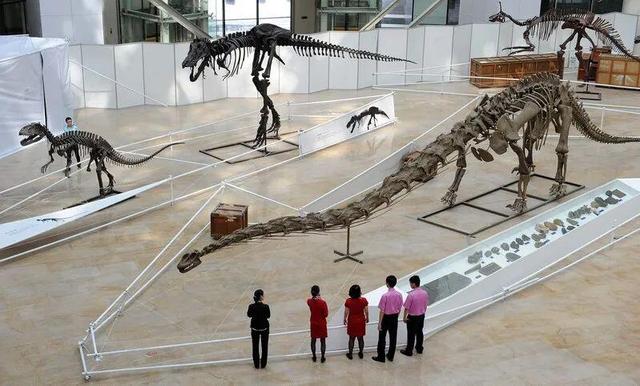 Since the 1980s, Chinese Dinosaur research has become more active. It has organized and implemented many large-scale international cooperative investigations, excavations, and studies, held itinerant exhibitions of dinosaur fossils, found many important fossil sites and horizons, and studied and named a large number of new genera and species of dinosaur fauna.

At the same time, certain progress has also been made in the research fields of dinosaur eggs, dinosaur footprints, dinosaur cluster death and extinction, and dinosaur bone histology. The level of some research fields is in the forefront of the world, which has attracted extensive attention all over the world. 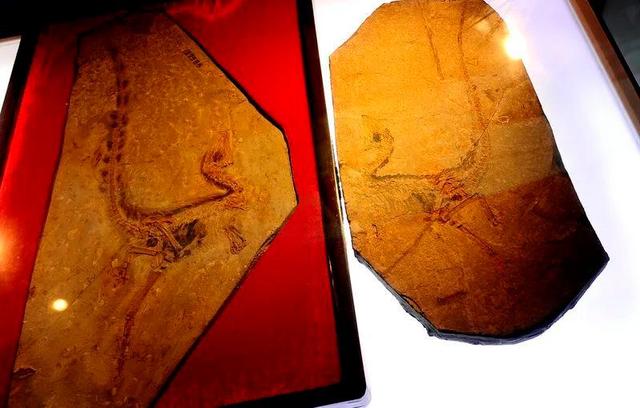 In 1996, many unique feathered dinosaurs were found in Rehe biota in western Liaoning. Among them, the discovery of sinosaurus has brought dinosaur research into a new field. The scientific hypothesis that “birds originated from dinosaurs” has been increasingly demonstrated in Chinese research.

Witness life: go to the forefront of the world

Human research on dinosaurs began in Europe in the 1920s. In 1824, British geologist Buckland described the giant toothed dragon found in England. It was not until 1842 that British paleontologist Owen officially proposed the word “ dinosaur”, which means “terrible lizard”.

Although dinosaur research in China started late, it has developed rapidly. According to the statistics of the China National Museum of Paleontology in June 2019, there are currently 266 genera and 308 species of dinosaurs named in China according to the study of bone fossils, ranking first in the world. In addition, almost 10 new dinosaurs can be found in China every year, which is also the first in the world in terms of speed.

“China’s Dinosaur research is currently at the world’s top level.” He Xin, a researcher at Shanghai Science and Technology Museum, has long been concerned about the study of Paleontology in China. He told reporters, “to some extent, the discovery and naming of new species is one of the most important achievements in dinosaur research. In addition, China is also in the forefront of the world in other paleontological research fields related to dinosaurs. After all, this is a ‘material science’, and we have very rich materials for research.”

After years of development, Chinese dinosaurs still seem to be a little “out of the ordinary” in public cognition, although they are “unparalleled” in the research field.

“Speaking of dinosaurs, everyone blurted out that Tyrannosaurus Rex, Triceratops, Brachiosaurus, etc. almost all lived in North America, and Chinese dinosaurs are almost unknown.” He Xin said, “China still has a lot of room to work on the interaction between mass culture and paleontology.”

As the “top stream” of paleontology, dinosaurs attract the attention of most people, but he Xin said that dinosaurs are only a door to understand the paleontological world.

“In addition to dinosaurs, there are other animals, invertebrates, plants, etc. in paleontology, which are very interesting. For example, the recently discovered fossil of pangolin in the Junggar basin has put forward a new explanation for the topic ‘why the neck of giraffe grows’.” He Xin told reporters. 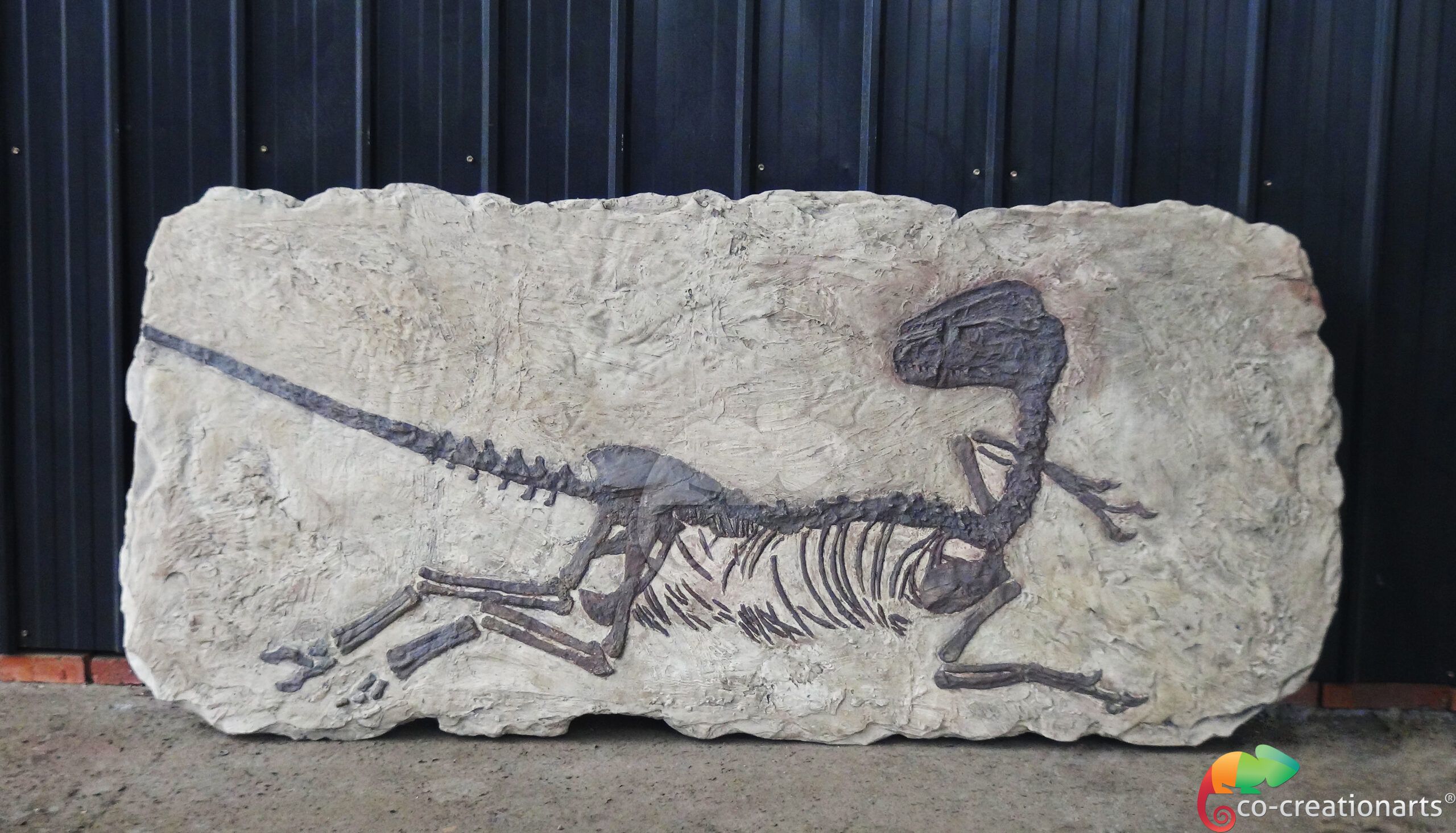 I hope you can choose the products you are satisfied with in our company. If you are not satisfied with the products we provide, you can also provide me with pictures or small models. We will copy or enlarge them according to your requirements. All our products can be customized. Dismiss