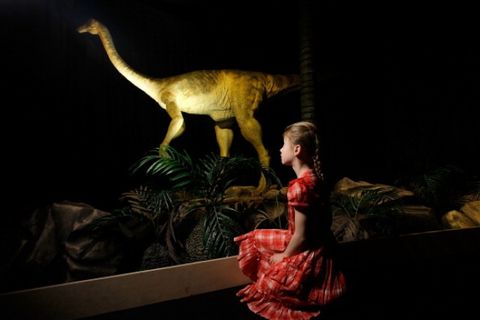 Bringing dinosaurs back to life would present a number of ethical dilemmas. For instance, if humans were to clone dinosaurs, would they be able to adapt to our climate and environments? Would they be invasive species? The answer to these questions depends on the specific species. While some dinosaurs could become invasive, others would likely never gain a foothold. Dinosaurs and mammals were once anonymous vermin during the Age of Dinosaurs. However, after an asteroid hit the world, mammals were liberated from dinosaur shackles and began to spread around the globe. Though they are similar in many ways, dinosaurs, and mammals do not get along very well as apex species. For example, big dinosaurs would outmuscle most modern mammals, while small dinosaurs would be

Bringing dinosaurs back to life would be an ethical dilemma

Bringing dinosaurs back to life would pose many ethical problems. The first problem would be that reviving dinosaurs would be like introducing invasive species into a modern environment. If the dinosaurs were allowed to roam freely in the wild, they would probably become aggressive and start killing humans. There is no way that bringing dinosaurs back to life could guarantee their safety or prevent them from becoming dangerous. Moreover, it would be difficult for these creatures to adapt to our climate and environment.

Another dilemma would be how to breed these creatures. It would be difficult to find dinosaur DNA. Even if scientists are able to do that, they will still need a modern animal to work with. This means modifying chickens or another animal. It would also be very expensive and difficult to breed these dinosaurs. If it is feasible, it would be much better to breed these dinosaurs in an environment that mimics the environment in that they were once living in. However, the question would still remains about whether such a method would be ethically sound.

But the dangers of bringing these extinct creatures back to life are too great to ignore. A de-extinction project aimed at bringing back the woolly mammoth and the vomiting frog could cause ethical problems. Bringing dinosaurs back to life would be extremely difficult, but if a dedicated scientist succeeds, it could be done. In the end, it would be much more beneficial to save other species from extinction.

The process of fossilization destroys DNA and causes it to irreparably deform. Furthermore, DNA has a half-life. Scientists have been trying to find dinosaur DNA in fossilized bones for the past 25 years, but have had very little luck. In fact, the oldest DNA recovery has come from sub-fossilized bones and permafrost.

Bringing dinosaurs back to life would be a major ethical dilemma, but the science behind it is very promising. While many dinosaur fossils are too well preserved to bring back to life, the scientists who study them are still uncertain about whether these creatures were birds or reptiles. They only know a few species, so paleoartists must make educated guesses.

The theory is based on the fact that dinosaur DNA is a string of several billion letters, and a single gap in the chain can ruin the entire picture. However, using frog DNA to fill in the gaps is not necessarily the best option, as it could have detrimental effects on the embryo. Instead, using bird DNA is more likely to be safe, since bird DNA is more closely related to dinosaur DNA than frog DNA is.

In the Jurassic Park movie, scientists used bits of frog DNA to fill in the gaps in the dinosaur genome. This is because dinosaurs are believed to have been able to breed and change sex, a trait that frogs didn’t have. The movie was released in 1990, and the author wasn’t a paleontologist, so he was not able to do extensive research on the subject.

The problem is even more complicated since most of the DNA in the dinosaur genome is ‘junk’. Scientists must find other sources to fill in those gaps. However, a frog’s genome is 3 times larger than a bird’s genome. This extra genetic material may make the process of finding dinosaur DNA easier.

If a frog’s DNA matches those of dinosaurs, scientists could use it to de-extinct a dinosaur. However, scientists must be careful to avoid errors, because DNA can get shuffled during evolution. A single mistake could alter the DNA sequence of a large dinosaur.

The idea of using frog DNA to fill in the missing gaps in dinosaur DNA isn’t very practical. In order to do this, scientists would need to use a living dinosaur egg or cytoplasm and implant the new DNA in the dinosaur’s egg. That is highly unlikely.

DNA is a complex material that encodes genetic information. It is composed of millions of base pairs, which are strung together in a specific sequence. This makes it difficult to find DNA fragments from dinosaurs. As a result, cloning dinosaurs is unlikely.

However, DNA fragments from a living dinosaur could be used to create a hybrid creature. It would not be a true dinosaur, but it would be a cross between a reptile and a bird. This is what scientists tried to create in the “ Jurassic” movies.

Scientists have also discovered that DNA from dinosaurs may be preserved in fossils. This could allow scientists to study the dinosaurs’ physiology and evolution. But a multi-university team has concluded that the chances of finding intact DNA fragments from an ice-age dinosaur were slim.

The discovery of intact DNA fragments from dinosaurs is still a long way off. Scientists have to successfully replicate the biomolecules found in fossils. But scientists are optimists. Finding dinosaur nucleic acid could be the key to cloning dinosaurs and creating a real Jurassic Park.

Another important step in cloning dinosaurs is the study of the genome of modern birds. Modern birds contain DNA from dinosaurs, and if the genes are preserved, they can be reactivated. This research could also lead to the discovery of DNA fragments from dinosaurs. This would enable scientists to develop new species that have more dinosaur-like traits.

Although the DNA of dinosaurs in fossils is not easily available, scientists have found DNA fragments in ancient mammals. These are less than 2 million years old. But there’s no guarantee that they’ll be usable DNA fragments for cloning.

However, scientists are trying to develop new ways of cloning dinosaurs. They’ve already cloned frogs, but scientists don’t have a DNA fragment from the Tyrannosaurus rex. However, this process is very complicated and involves hundreds of nuclei from living cells. Nevertheless, technology still stands a chance of making the dinosaurs we want.

Adapting to modern-day environments and climate

Recent studies have uncovered evidence that dinosaurs lived and nested in colder areas. For example, the discovery of a tiny jaw in the ancient rock record of Alaska suggests that dinosaurs lived in these regions year-round. Moreover, microscopic features of polar dinosaur bones indicate that they slowed their growth during the colder seasons. This has led to further speculations about how dinosaurs adapted to climate change.

In the past, dinosaurs lived in many different environments, including humid wetlands, swamp forests, and arctic regions. These environments were vastly different from the current plains, and they were covered by primitive shrubs and plants. These habitats eventually broke apart into separate continents and created the modern-day arrangement of land.

Recent studies of human DNA have confirmed that genetic traits have changed over the course of time, and they have evolved in response to changing environments. Moreover, the rate of change has accelerated in the last 40,000 years. However, areas of the human genome seem to be still under selection, such as skin color and disease susceptibility.

This research suggests that a large percentage of the Cretaceous fauna was adapted to a climate similar to the one we live in today. But these environments were far from stable. The continents were constantly shifting, and the climate in which dinosaurs lived varied. For example, the climate in southern Australia was far more southern than it is now. In fact, there were dinosaurs living in the Antarctic Circle.